So, Date Night took us to the cinema to see the much anticipated American Sniper. 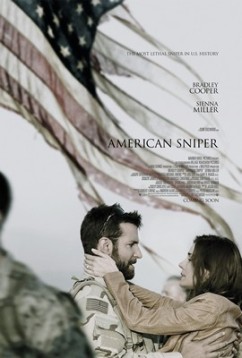 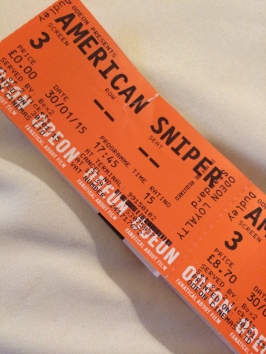 WOW. What an amazing film.

Directed by Clint Eastwood, & staring Bradley Cooper, I always had high hopes for this film. Naively, not knowing the story of Chris Kyle, I went into this movie with an open mind. 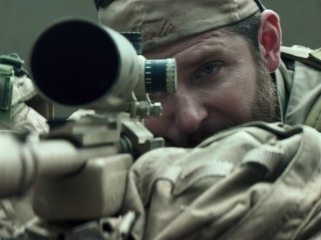 He meets his wife (Sienna Miller), in a bar & they marry. After the dreadful 9/11 attacks, Chris is sent to Iraq.

The story really then develops & unravels the dreadful scenes, emotions and painful death that war brings. During the ten years in service, Chris & his wife have two children, who he see’s hardly anything of, but still remains a loving, positive father figure that his children are proud of. Everybody loves Chris Kyle.

The strain on relationships, real life and the emotions that war bring are really shown through Cooper & Miller. 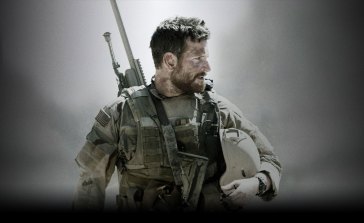 After a horrendous attack, Chris decides it’s finally time to come home to his family. He struggles to adjust to civilian life and is haunted by both his experience, and his decision to come home.

A fantastic war film with an unrecognisable Bradley Cooper, I truly got sucked in & was on the edge of my seat throughout. The understanding and empathy I have/didn’t have with the consequences of war were really toyed with.

For those who also do not know the story of Chris Kyle, I will not spoil or reveal the ending to the movie.

All I will say is that it hugely played with my emotions, and I exited the cinema both very upset and angry with the world.